Hon. Alexander Williams III brings over 24 years of judicial experience and more than 15 years of intensive teaching and training in dispute resolution to his ADR practice.

As a Superior Court judge in felony criminal and unlimited jurisdiction civil assignments, he presided over hundreds of jury and court trials. As he developed resolution skills, he began to settle civil cases for himself and for his colleagues on the bench. Ultimately, he was selected to serve as a full-time Settlement Judge – one of only two judges in that position at the time. In this unique judicial assignment, he resolved hundreds of unlimited jurisdiction civil cases during his last three years at the Court.

Judge Williams’ expertise in dispute resolution is not limited to his judicial experience. He supplements his work as a judge with extensive study and teaching of mediation. For fifteen years, he has served on the Adjunct Faculty at the world-renowned Straus Institute for Dispute Resolution at Pepperdine University School of Law. In this capacity, he trains and teaches in both the academic courses and the professional programs of the Institute. He has taught judges and others about mediation around the United States and in other countries, including Nigeria, Brazil, India, France, and Australia.

Since joining ADR Services, Inc. in 2008, Judge Williams has established a robust mediation practice. He is known for being thorough in his preparation, reading all papers submitted to him, and understanding the facts and the law. In addition to his legal knowledge, he has earned praise for his natural ability to relate to people of all backgrounds. His skill in making parties feel comfortable and listening to them, while conveying their point of view to the other side, is invaluable to his success as a mediator.

Although he rose to leadership positions in the Court, the Justice Department, and the Navy, Judge Williams knows that the only authority he has in a mediation is the trust he earns from parties and counsel by the way he prepares and the way he conducts the mediation. As he is known to say, “God gave me two ears and one mouth. I am supposed to use them in proportion.”

In his free time, Judge Williams continues working to improve his Spanish, under the tutelage of his wife, Doris Weitz, a native of México and a Court-Certified Spanish Interpreter. 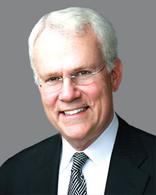